Court Holds that Injured Worker Did Not Voluntarily Leave the Workforce, so Petition for Suspension of Workers’ Compensation Benefits Ultimately Denied.

One of the complex issues in the Pennsylvania workers’ compensation system is the concept of “withdrawal from the labor market.” Without intending to do anything but receive additional income, an injured worker in PA can easily cause his or her workers’ compensation benefits to stop accidentally. A recent decision issued on August 9, 2022 from the Commonwealth Court of Pennsylvania, Hi-Tech Flooring, Inc. v. Workers’ Compensation Appeal Board (Santucci), focused on the alleged “withdrawal from the labor market” issues.

In the Santucci case, the injured worker suffered an accepted injury as a “right knee contusion.” Later litigation expanded the injury description from the August 18, 2014 work incident. A few years after the injury, seeking to have additional income, the injured worker filed for pension benefits from his union and filed for Social Security Disability (SSD) benefits. Both applications were accepted. The decision approving the SSD application noted that Claimant had the ailments and conditions, including lumbar spine, cervical spine, bilateral knees, and right hip. Based on the actions of the injured worker, the workers’ comp insurance carrier filed a Petition for Suspension, alleging that the injured worker had voluntarily withdrawn from the labor market, by filing for his pension and seeking SSD benefits. During the litigation, the injured worker testified about his ongoing and severe right knee pain, and his inability to do any kind of work, including his pre-injury job as a tile setter. There was no dispute that the injured worker was not actively seeking employment within his physical capabilities. Upon reviewing the evidence, the Workers’ Compensation Judge (WCJ) granted the Petition for Suspension, finding that the evidence showed the injured worker had voluntarily left the workforce by retiring and his workers’ compensation wage loss benefits were stopped.

Upon appeal to the Workers’ Compensation Appeal Board (WCAB), the decision of the WCJ was reversed. The WCAB noted that the taking of a pension alone is not dispositive. A workers’ compensation insurance carrier must show more. The WCAB held that there is no presumption of retirement arising from the fact that a claimant seeks or accepts a pension but rather, the acceptance of a pension’ only creates a permissive inference of such. Once a voluntary withdrawal is shown, the burden moves to the injured worker to demonstrate that he or she either is looking for work, or has been forced to withdraw from the entire workforce because of the  work-related injury. Because the WCJ found the injured worker credible with regard to his ongoing pain and limitations in the knee, preventing him from performing his pre-injury employment, and the workers’ compensation insurance carrier failed to show any job referrals, the WCAB found that the totality of the circumstances could not support a finding that the injured worker had retired. The WCAB concluded that the injured worker did not voluntarily remove himself from the workforce, but the work-related disability was preventing him from obtaining further employment.

The Commonwealth Court of Pennsylvania affirmed the Order of the WCAB, finding that the denial of the Petition for Suspension was the correct result based upon this evidence. The Court cited prior precedent from the Supreme Court of Pennsylvania, holding that there is no presumption of retirement arising from the fact that a claimant seeks or accepts a pension, much less a disability pension; rather, the worker’s acceptance of a pension entitles the employer only to a permissive inference that the claimant has retired. The Court discussed the difference between a “disability” benefit or pension and a “retirement” benefit or pension. Here, both the union pension and SSD were of the disability type. While the approval of both benefits did include diagnoses in addition to the work-related knee condition, the evidence showed that the right knee pain and limitation continued, and that the right knee condition alone would prevent an ability to return to the pre-injury position. The union pension, explained the Court, stood only for his disability from his particular trade (from which he is disabled by the work injury), not a “voluntary removal from the entire workforce.” Based on the evidence of record, the Court agreed with the WCAB that the totality of circumstances do not support Employer’s assertion that Claimant voluntarily retired and left the workforce.

While this case did not end successfully for the workers’ compensation insurance carrier, it raises the issue that a suspension of benefits should be sought to reduce future exposure where the evidence supports a voluntary withdrawal from the workforce because these cases are often so fact-specific. 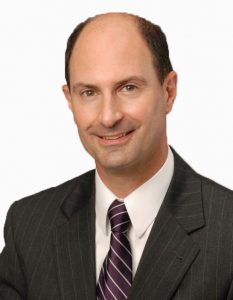 Zachary M. Rubinich is a partner in our Philadelphia office. He focuses his practice on the defense of insurance carriers, self-insured entities and third-party administrators against workers’ compensation claims in Pennsylvania. Based on his extensive experience, the Pennsylvania Bar Association Workers’ Compensation Law Section has certified him as Specialist in the practice of workers’ compensation law Zach has handled all aspects of litigation before workers’ compensation judges, the Workers’ Compensation Appeal Board, the Commonwealth Court and the Pennsylvania Supreme Court. Zach has been appointed to the following American Bar Association Tort Trial and Insurance Practice (TIPS) leadership positions: Vice-Chair of the Litigation and Trial Practice Committee; Vice-Chair of the Appellate Advocacy Committee; member of the Ethics and Professionalism Standing Committee; and member of the CLE Board Committee. He is the Past Chair of the American Bar Association’s Tort Trial and Insurance Practice (TIPS) Workers’ Compensation and Employers’ Liability Law Committee from 2018-2019. He served as Vice-Chair of this committee for 2015-2016, 2016-2017 and 2017-2018. In addition, Zach served as Vice-Chair of the 2017-2018 American Bar Association Standing Committee for Diversity and Inclusion. Zach has been rated AV Preeminent by Martindale-Hubbell for the eighth consecutive year in 2020. He has been selected as a 2021 Pennsylvania Super Lawyer by Super Lawyers. He was selected as a Pennsylvania Rising Star by Super Lawyers from 2010 to 2014. He was selected as an International Advisory Experts (IAE) Award recipient in 2019 for his accomplishments as a workers’ compensation attorney in Pennsylvania. In addition, he has been selected as a Fellow of the College of Workers’ Compensation Lawyers Class of 2020.