RAWLE & HENDERSON LLP, the oldest law firm in the United States, was founded by William Rawle in Philadelphia in 1783. Rawle was a grandson of Francis Rawle, Jr., a Quaker merchant, economist, author and lawyer, who emigrated from Plymouth, England to the Province of Pennsylvania in 1686. William Rawle studied law at Middle Temple, in London in 1781. In 1782, Rawle traveled from London to Paris and planned to return to the United States from France. Benjamin Franklin, then the American Ambassador to France, aided Rawle’s return by giving Rawle a handwritten passport.  Rawle left France in late 1782 and arrived in Philadelphia in January 1783.  He was admitted to the bar and opened the Rawle Law Offices in Philadelphia on September 15, 1783.

Rawle quickly took his place among Philadelphia’s legal elite, managing a successful law practice and participating in the formation of the new republic. His reputation as a lawyer vaulted him into the position of delegate to the Pennsylvania Constitutional Assembly of 1789.

His public service continued when he accepted President George Washington’s request to become the first U.S. Attorney for the District of Pennsylvania in 1791. As U.S. Attorney, Rawle was instrumental in suppressing the Whiskey Rebellion in Western Pennsylvania and prosecuting the leaders of the insurrection. In 1792, Washington offered Rawle the position of federal judge for the new Pennsylvania district. When Rawle declined that post, Washington offered him the position of U.S. Attorney General. Rawle also declined this position, choosing instead to maintain his thriving private law practice and to serve existing clients and organizations in various positions of leadership.

William Rawle, Jr. joined his father’s practice in 1813. To meet the growing need for official published reports of Pennsylvania decisions, William Rawle, Jr. spent some of his time away from the practice of law to co-edit, along with Thomas Sergeant, the Sergeant and Rawle Reports, beginning in 1814. William Rawle, Jr. also served as president of the Pennsylvania Historical Society and was elected in 1835 to the first of five terms as a member of the Philadelphia Common Council, over which he presided from 1836 to 1840.

William Henry Rawle joined the Rawle Law Offices in 1844. He became well known as a trial lawyer in high profile and constitutional cases. Examples include the Registry Act cases, the Public Slaughterhouse cases and the Burd Orphan Asylum case. He was a member of the Philadelphia Board of City Trusts and represented the Philadelphia Centennial Commission in the United States Supreme Court. He published well-known and definitive texts, including the practical treatise on the law of covenants for title and the American Edition of Smith’s “Law of Contracts.” Noted as an eloquent public speaker, William Henry Rawle was honored to deliver the address to both Houses of Congress for the unveiling of the statue of Chief Justice Marshall in Washington.

During this period, many distinguished members of the bench and bar trained as lawyers in the Rawle Law Offices before embarking on their legal careers. One, the Honorable Joseph Hopkinson, served as counsel to Samuel Chase, Associate Justice of the Supreme Court of the United States, in his impeachment trial before the United States Senate. Judge Hopkinson was also asked by Daniel Webster to serve as co-counsel in the famous Dartmouth College case. A member of the House of Representatives from 1815 to 1819, Judge Hopkinson was appointed by President Adams to the United States District Court. Another alumnus of the Rawle offices was George Tucker Bispham, Professor of Civil Procedure, Evidence and Equity and Dean of the Faculty at the Law School of the University of Pennsylvania. Bispham also authored an authoritative text entitled “The Principles of Equity,” and later served as solicitor of the Pennsylvania Railroad. Yet another Rawle alumnus, David Paul Brown, was well known as a great criminal lawyer, forensic orator and playwright in his spare time. Brown first studied law with William Rawle, and both men were members of the Pennsylvania Abolition Society.

A prolific author, Francis Rawle gained national recognition with his revision of Bouvier’s Law Dictionary, the publication of which coincided with the centennial of the Firm in 1883. Francis Rawle also served as a member of the Board of Overseers of Harvard University, his alma mater, and Vice President of the Historical Society of Pennsylvania.

The first non-Rawle family member of the Firm, Joseph Henderson, joined the Firm in the summer of 1913, and became partner in 1917. He was brought into the Firm by Francis Rawle. In the 1920’s, Mr. Henderson expanded the admiralty practice of the Firm, a practice that the Firm continues to this day. He was a member of the Executive Committee of the American Maritime Law Association of the United States. Henderson became the president of the American Bar Association in 1943 and served on the Board of Philadelphia City Trusts.

To this day, the Firm continues to be a thriving and dynamic player in the Mid-Atlantic legal community. The Firm, with offices in Pennsylvania (Philadelphia, Pittsburgh and Harrisburg), New Jersey (Marlton, Jersey City), New York (Downtown Manhattan, Midtown Manhattan, Long Island), Connecticut (New Haven), Delaware (Wilmington) and West Virginia (Wheeling), provides expert representation in litigation matters in diverse areas of the law, including aviation, product liability, insurance coverage, commercial motor vehicle defense, general casualty, health care and professional malpractice, employment law, commercial litigation and transactions, admiralty and workers’ compensation. The Firm’s lawyers continue to practice law in the best tradition of the Firm’s founders and leaders, and maintain a dedication to the highest standards of the legal profession. The Firm looks forward to continued growth in its third century and to carry forward the traditions of the past. 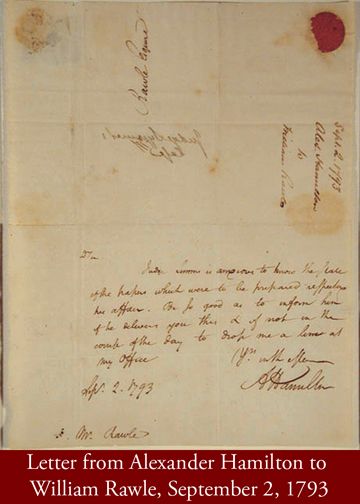 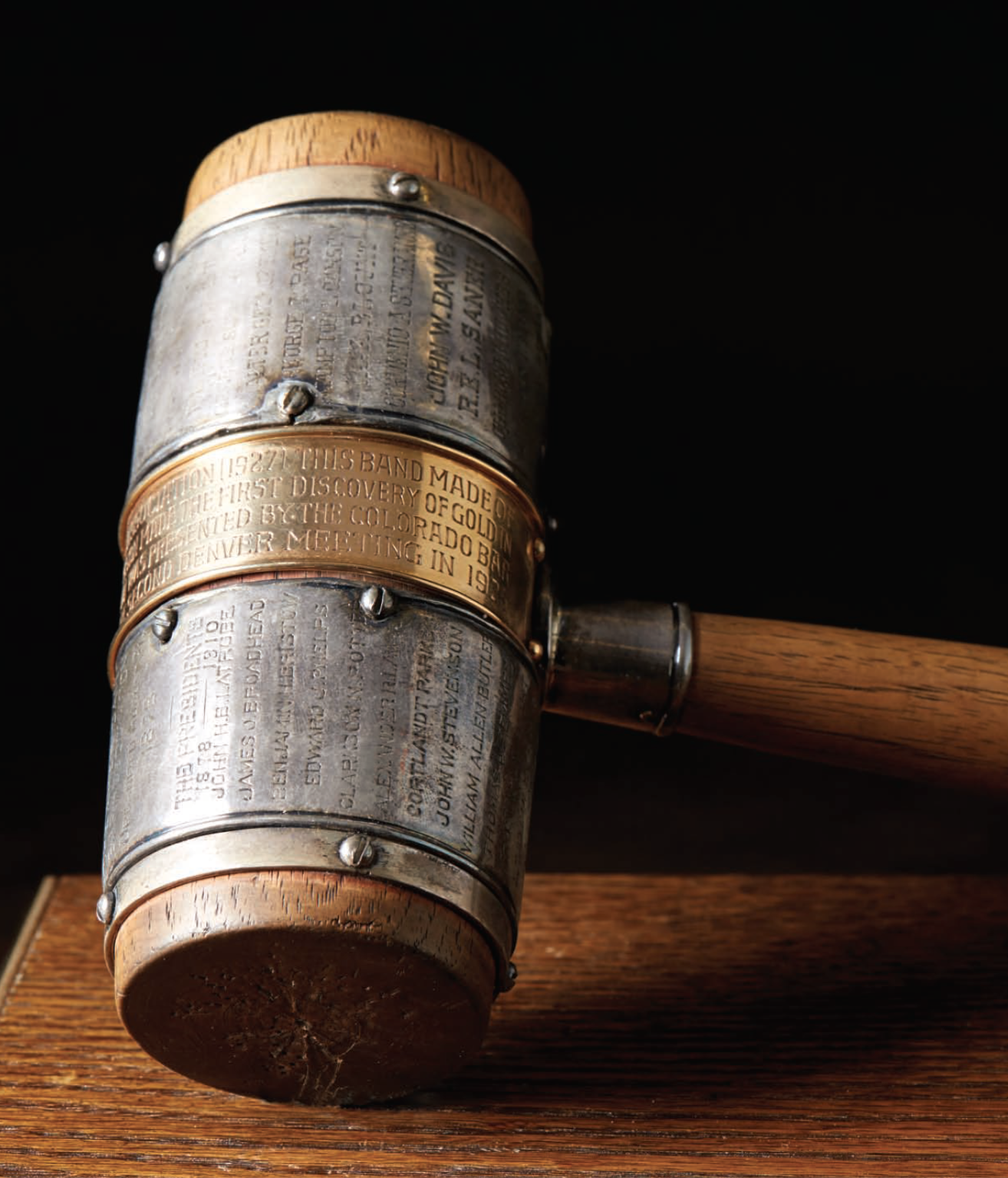 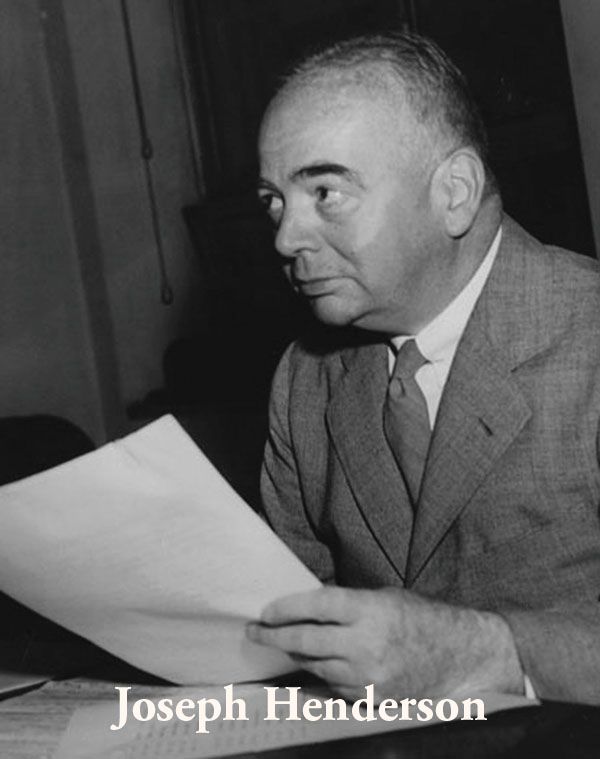 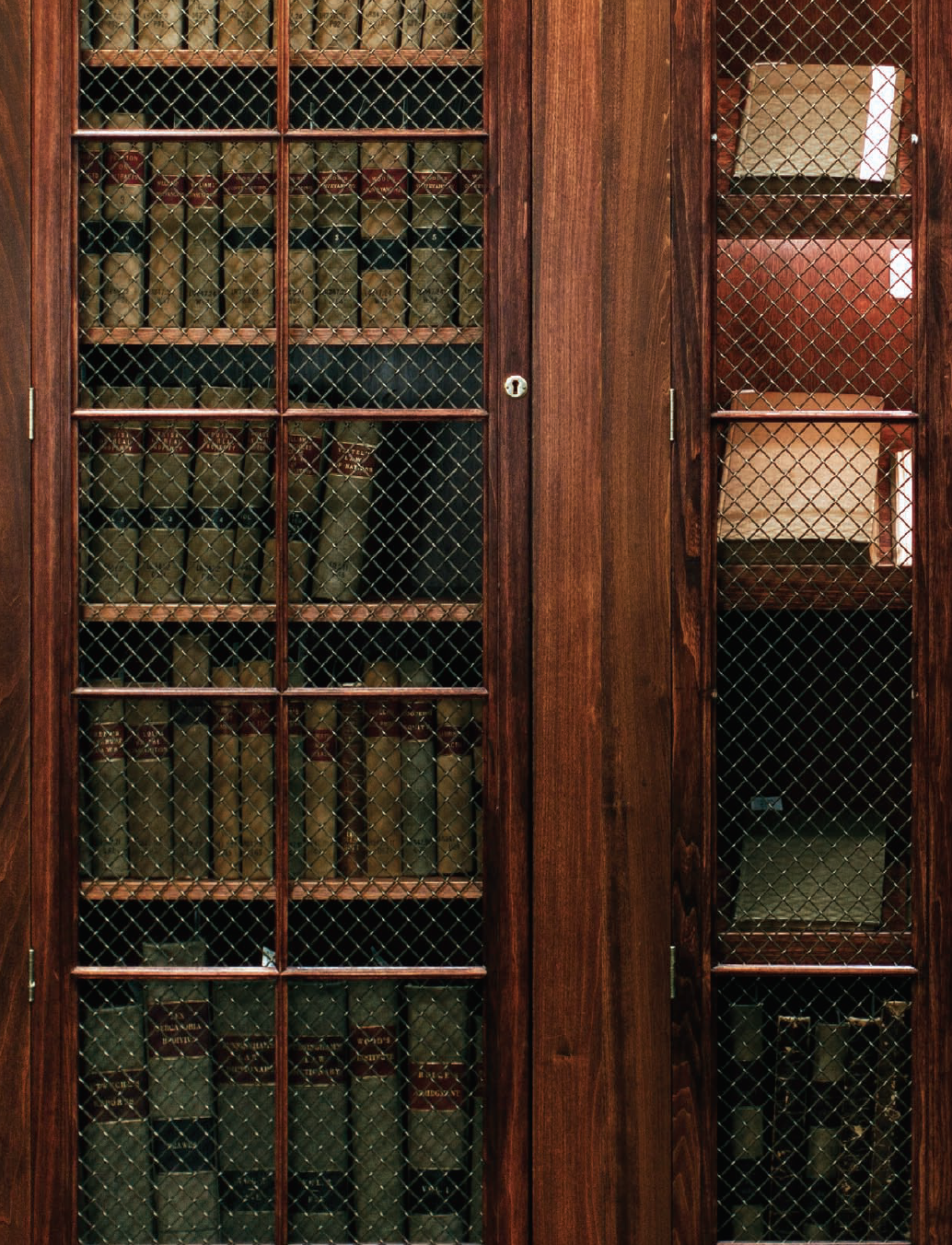 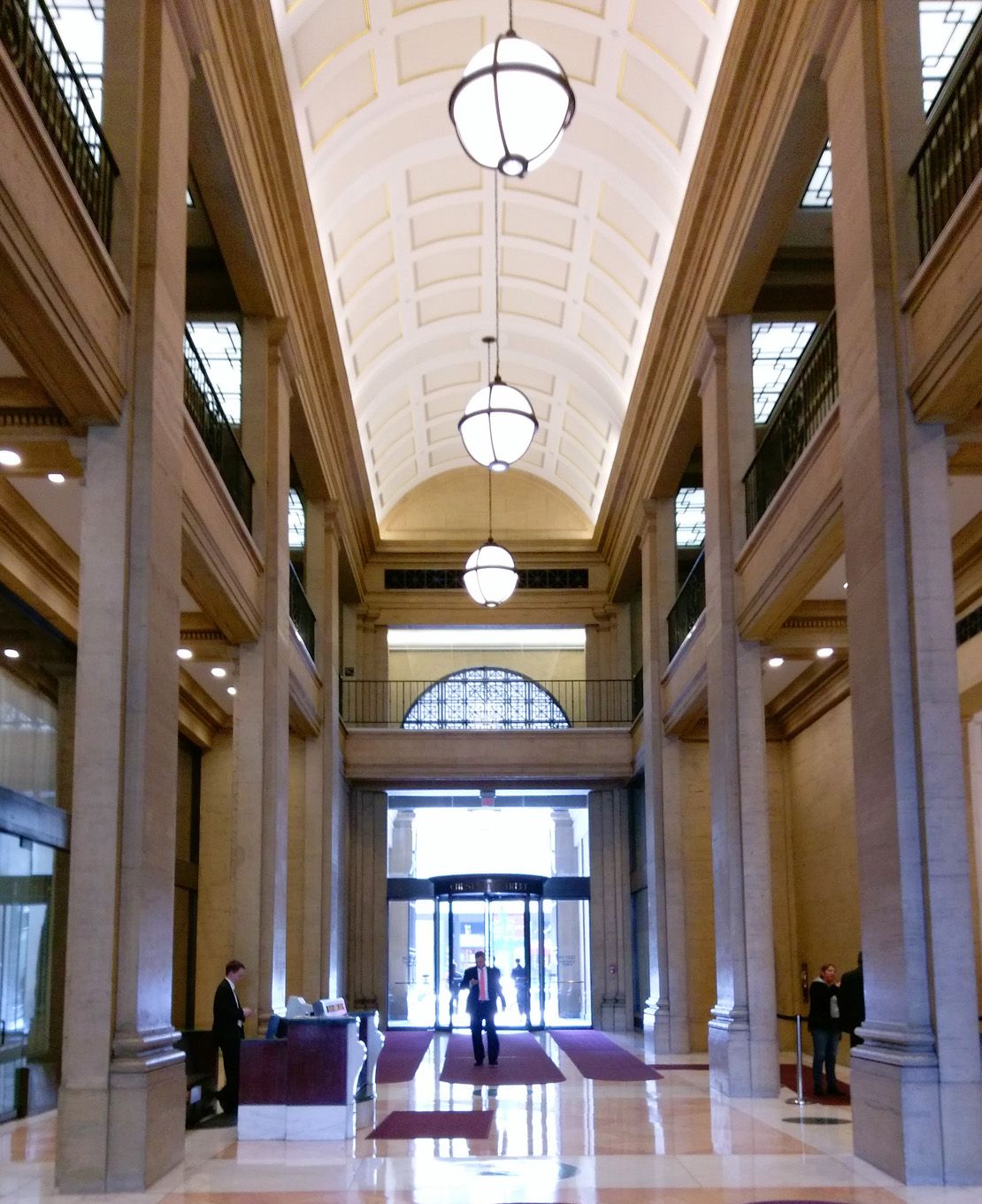 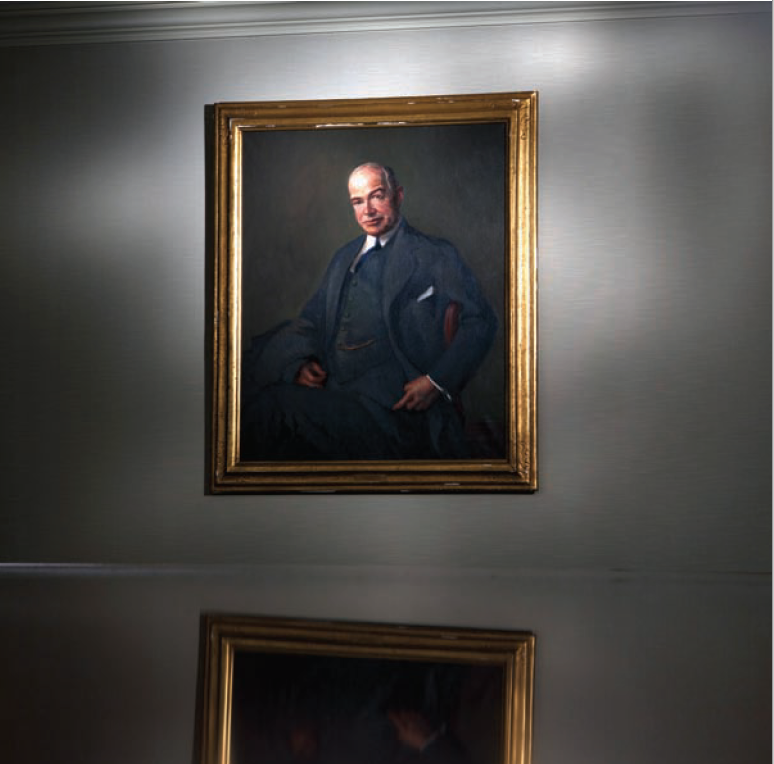