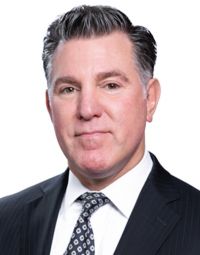 William S. Spiegel is a partner in Rawle & Henderson’s Downtown Manhattan, Jersey City and New Haven offices. He represents healthcare providers in virtually all medical specialty fields. He is a former Assistant Corporation Counsel to the City of New York – Medical Malpractice Division.

William is a trial attorney with multiple verdicts in medical and dental malpractice, nursing home negligence and general liability actions. He has obtained defendants’ verdicts in high-exposure trials in Bronx County, Kings County, Queens County, Richmond County and New York County. He also represents physicians before the Office of Professional Medical Conduct and dentists before the Office of Professional Discipline.

William has been appointed by Alex Azar, II, Secretary of Health & Human Services, to serve as a member of the United States’ Advisory Commission on Childhood Vaccines (ACCV) of the Health Resources and Services Administration for 2020 – 2023.

He also practices in the areas of premises liability, product liability, business and contract law and municipal liability.

He has been selected as a New York Super Lawyer every year since 2013. Only 5% of attorneys in New York State receive this honor. He was recently voted as one of New York’s Top 100 medical malpractice defense litigators and the national Top 100 Civil Defense Attorneys. William consistently achieves the highest possible peer review rating of AV Preeminent from Martindale-Hubbell.

Prior to joining Rawle & Henderson LLP, William was a founding partner for a New York City-based firm focusing on medical and dental malpractice defense and the defense of nursing homes and other long-term care facilities.