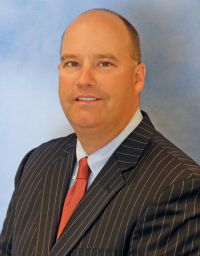 A significant portion of Bill’s practice includes taking over and handling high exposure, catastrophic cases shortly before trial and many times after discovery has concluded. His proven track record in defending multi-million dollar cases provides our clients with confidence. Bill was part of the Catastrophic Loss trial team that defended the Tropicana Casino & Resort in litigation arising from multiple deaths caused by a parking garage collapse during construction in Atlantic City, NJ. He was trial counsel in the Market Street Collapse Litigation, which was the longest civil trial in Philadelphia history lasting nearly 6 months. He was trial counsel in defense of Ride The Ducks International after an amphibious duck boat collided with a tour bus filled with college students on the Aurora Bridge in Seattle, WA. The trial of this mass casualty incident involving 65 plaintiffs lasted nearly 5 months. Further,  he was also  trial counsel for Ride The Ducks International when a tug-driven barge overran and sunk a tourist duck boat on the Delaware River in Philadelphia, killing two international students and injuring more than two dozen other passengers. Other catastrophic loss matters included working on the Amtrak Train No. 188 Derailment Litigation in Philadelphia that involved 8 deaths and more than 200 injuries; the U-Haul propane gas explosion litigation that involved 2 deaths and injuries to 11 others; and the sinking of an amphibious duck boat on Table Rock Lake in Branson, MO that involved 17 deaths and more than a dozen other injuries.

Bill was selected as a Pennsylvania Super Lawyer, a program of Thomson Reuters, 2019-2021.

Industrial Garbage Truck, product liability, wrongful death (Philadelphia, PA) – Trial counsel in defense of an international trash truck manufacturer where a 42-year-old man jumped off the back of an allegedly defective truck and sustained head injuries resulting in death. Retained less than 90 days before trial with a demand for settlement of $7.5 million. After an 8-day trial, a Philadelphia jury returned a defense verdict. (Legal Intelligencer and Verdict Search)

After the verdict was reversed on appeal, the re-trial also resulted in a defense verdict.

Environmental contamination, property damage (Berks County, PA) — Successfully defended a large petroleum company against environmental contamination claims brought by the owners of a house that had a home-heating fuel oil release into the basement. The defense had to admit liability and defend the case on causation and damages. The demand for settlement was $3.5 million. Following a one-week trial, the jury returned a verdict in the amount of $30,000.

Nursing home negligence; wrongful death (Camden, NJ) – Plaintiff was diagnosed with a right-sided subdural hemorrhage and scattered areas of subarachnoid hemorrhage following an unwitnessed fall at a long-term care facility that ultimately resulted in her death. Retained approximately one month before trial with a demand for settlement of $4 million. Following a 7-day trial, the jury returned a verdict in the amount of $250,000.

Medical malpractice, ob/gyn, cerebral palsy (Philadelphia, PA) – Plaintiff alleged obstetric malpractice as a result of a cesarean section that  allegedly caused brain damage, neurological problems and cerebral palsy of the child. Rawle’s client, an ob/gyn, was dismissed, without payment, prior to trial in a case that ultimately settled for $3.5 million on behalf of other defendants.

Prior work experience includes service as a litigation supervisor with the Medical Professional Liability Catastrophe Loss Fund (now known as the Mcare Fund), where he successfully negotiated and managed hundreds of high exposure medical malpractice cases. He also directed the mass tort litigation department including the pedicle bone screw and breast implant cases.

A graduate of The Pennsylvania State University, Bill earned his law degree from Widener University – Delaware Law School, where he was Vice-President of the Moe Levine Trial Advocacy Honor Society and represented the university at national trial advocacy competitions.  He was also an Editor of The Widener Law Forum.