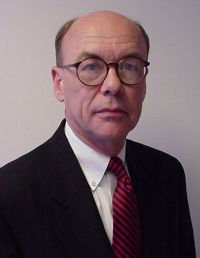 Timothy J. Abeel is the Chair of Rawle & Henderson LLP’s Commercial Motor Vehicle (CMV) Section. Mr. Abeel focuses his trial practice on the defense of transportation companies and their insurers. He is admitted to practice in all the state and federal courts of Pennsylvania, as well as the U.S. Courts of Appeals for the Second and Third Circuits and the Supreme Court of the United States. He has been admitted to the state and federal courts of New Jersey and Delaware pro hac vice since 1982.

Mr. Abeel was a founding member of the Trucking Industry Defense Association (TIDA) and he served as its President in 2000-2001. For nine years, he was a member of the Board of Directors of TIDA. He was the Editor of the TIDA Newsletter for 24 years, from TIDA’s founding in 1993 through 2017. In 2005, TIDA presented Mr. Abeel with the John T. Biezup Memorial Service Award for his dedication and service to the trucking industry. He was honored at the 2019 TIDA Annual Seminar in Tampa, Florida, for his distinguished service and outstanding contribution to the trucking defense industry and to TIDA as an editor of the TIDA Newsletter for 24 years. Mr. Abeel was selected as a Pennsylvania Super Lawyer for the 16th consecutive year in 2019.

Mr. Abeel publishes a newsletter, Transportation Law Update, as a service to his clients and others in the industry. The newsletter provides timely articles on new trends in the law and the potential impact of these developments on litigation involving the transportation industry. Additionally, he maintains State Law Summaries for Pennsylvania, New York, New Jersey and Delaware which highlight laws in those states that affect commercial motor vehicles operating in those jurisdictions. For more information or to be added to the CMV mailing list, contact him at tabeel@rawle.com.

Mr. Abeel has been rated an AV Preeminent attorney by Martindale-Hubbell. He was listed in the 2015 edition of Philadelphia’s Top Rated Lawyers.