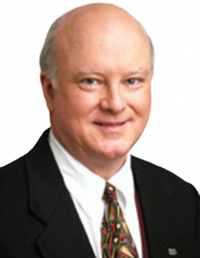 U.S. District Court for the Eastern District of Pennsylvania
U.S. Court of Appeals for the Third Circuit
U.S. Supreme Court

Peter J. Neeson, a practicing trial attorney for 40 years, is Chair of Rawle & Henderson’s Environmental, Toxic and Mass Torts Department where he concentrates his practice in those areas.  As part of his departmental responsibilities, Mr. Neeson has been involved in the defense of numerous toxic tort matters in multi-district and class action cases in both state and federal courts, including, but not limited to, formaldehyde, multiple chemical sensitivity, sick building, latex glove, benzene, underground storage tank, orthopedic bone screw, pharmaceutical and asbestos litigation including the defense of over 3,000 such cases against a major manufacturer.  He has also participated in the defense of several generators in CERCLA superfund cases.  Mr. Neeson has been the National Coordinating Counsel for a major insurance carrier in the FRT litigation and has had National Coordinator responsibilities in the asbestos, latex glove and the PPA pharmaceutical drug litigations.  On behalf of his clients he has been lead counsel on several appeals in front of both the Pennsylvania Superior and Supreme Courts, including two recent Supreme Court cases involving asbestos issues, one of which was Betz v. Pneumo Abex, a decision which changed the causation law in that state.

Mr. Neeson is a frequent writer and speaker on litigation issues and is the author and/or editor of a number of publications, including his efforts as the editor and co-author of a 1995 ABA-TIPS book on the Comprehensive General Liability Policy.  Mr. Neeson is the past Chair of Products, General Liability and Consumer Law Committee of the ABA Tort Trial and Insurance Practice Section (TIPS), a former member of its governing Council, and nineteen years ago spearheaded the development of the National Trial Academy in conjunction with the National Judicial College in Reno, Nevada.  Utilizing state of the art technology, the National Trial Academy is widely recognized as the premier forum of its kind in which to train young lawyers how to try jury trials.  In February of 2004 Mr. Neeson was elected as Vice Chair of the Tort Trial and Insurance Practice Section.  He assumed the chairmanship of this ABA Section in August of 2006.  In that same year, Mr. Neeson founded and co-inaugurated the TIPS Leadership Academy, a diversity program specifically designed to develop and train future community and bar leaders.  It was the first national bar association program of its kind.  In 2012, in recognition for his leadership and bar efforts on behalf of the TIPS Section, Mr. Neeson was awarded the James K. Carroll Award, the most prestigious honor that can be bestowed on an ABA-TIPS member for outstanding vision and leadership in the profession.  Mr. Neeson is also a member of the Defense Research Institute, the Pennsylvania Defense Institute and a past member of the Executive Committee of the Philadelphia Association of the Defense Counsel.

Mr. Neeson graduated from the University of Notre Dame with a B.S. in Aero Space Mechanical Engineering in 1970 and from the University of Miami (cum laude) with a J.D. in 1978.  He is admitted to practice in Pennsylvania and New York, as well as the U.S. District Court for the Eastern District of Pennsylvania, the U.S. Court of Appeals for the Third Circuit and the U.S. Supreme Court. He has been rated AV Preeminent by Martindale-Hubbell in 2019 for the 25th consecutive year.  Mr. Neeson was individually honored when he was selected by his peers in an extensive nomination and polling process conducted by Thomson Reuters as one of Pennsylvania’s Super Lawyers from 2004 through 2019. He was selected as a 2013 Top Rated Lawyer for Energy, Environmental and Natural Resources by Martindale-Hubbell.