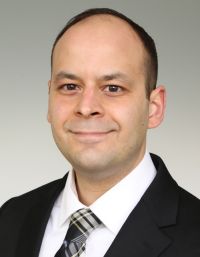 U.S. District Court for the District of New Jersey

Nicolas B. Pedone is an associate in the New Jersey office of Rawle & Henderson LLP. He concentrates his law practice in the area of workers’ compensation litigation.

Nicolas earned his J.D. from Rutgers University School of Law in Camden, New Jersey, in 2010. While attending law school, he was Notes Editor for the Rutgers Journal of Law and Public Policy. He interned for the Honorable Gloria M. Burns of the United States Bankruptcy Court in Camden. Following law school, Nicolas had a judicial clerkship with the Honorable Lawrence P. DeBello of the Superior Court of New Jersey, Chancery Division – Family Part in Mercer County.

Prior to joining Rawle & Henderson LLP, Nicolas was a workers’ compensation attorney with a midsize defense law firm in central New Jersey.