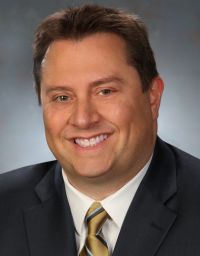 Michael J. Logullo is Partner to the firm in the Delaware office of Rawle & Henderson LLP.  He concentrates his practice in the areas of medical professional liability, casualty and premises liability, property damage, subrogation, construction accidents and product liability claims.

An experienced trial attorney, Michael has handled all aspects of litigation in a variety of cases. He is admitted to practice in Delaware, as well as the U.S. District Court for the District of Delaware, the U.S. Court of Appeals for the Third Circuit, the Supreme Court of Delaware and the U.S. Supreme Court. Michael is a member of the Delaware State Bar Association, the Defense Counsel of Delaware, and DRI. He served as a law clerk to the Honorable Alex Smalls of the Delaware Court of Common Pleas from September 1999 to August 2000.

Michael was selected as a top attorney in insurance defense by Delaware Today Magazine in 2015.  He received a Rising Star Award in 2010 from OMSNIC, a national insurance company that provides insurance to oral and maxillofacial surgeons.

Michael earned his J.D. in 1998 from the Widener University School of Law. He was on the Dean’s Honors List for the Spring 1997 and Spring 1998 semesters and was a member of the legal honor society Phi Delta Phi, Harrington Inn Honor Chapter.  In addition, he earned a Certificate of Achievement in Sales and Leases.

Michael earned his B.S. in Business Administration in 1994 from the University of Delaware. He was on the Dean’s List for five semesters and also was a member of the Golden Key National Honor Society and the Mu Iota Sigma Honor Society.

Michael has given lectures on personal injury and premises liability law.  He is a certified mediator by the Delaware Superior Court.

He volunteers as a coach for the Delaware High School Mock Trial Competition.