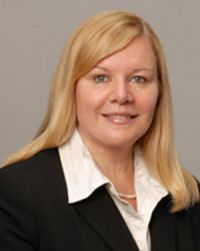 Maureen E. Daley has over 25 years of trial experience and has successfully litigated cases in state and federal courts. In addition to an active trial practice, Ms. Daley serves as a Judge Pro Tem for the Court of Common Pleas of Philadelphia County, an appointed arbitrator and a private mediator. She is the Chair of Rawle & Henderson’s Premises Liability Practice Group.

Maureen was recognized as a Rising Star in the Legal Profession in 2007 and  has been designated as Super Lawyer by Law & Politics from 2008 through 2020. In addition, Ms. Daley was previously designated as one of the “Top 50 Female Lawyers” in Pennsylvania. She has been recognized by Martindale-Hubbell® with a DistinguishedSM rating for High Professional Achievement from 2005 through 2020. The Martindale-Hubbell® rating is based on the opinions of members of the bar and the judiciary on an attorney’s legal ability and ethical standards.

In addition, she has provided support and representation in all facets of employment relations matters, including drafting and interpreting company employee manuals and policies; counseling human resources personnel in dealing with employment problems; compliance with state and federal regulations; appearing before state and federal administrative agencies; and providing support in collective bargaining relationships. She is experienced in the Family and Medical Leave Act, OSHA, coordination of leave policies under the ADA, FMLA and workers’ compensation Title VII claims.

One of the hallmarks of Maureen’s practice group is to organize quickly an Emergency Response team immediately following an incident. Maureen’s team responds 24/7 daily and year-round.  The Emergency Response team, aimed to manage large case exposure, is staffed with experts and investigators with unique abilities.  This talented team is effective for premises matters, commercial motor vehicle accidents and product liability incidents.

Ms. Daley and her practice group routinely handles a variety of special investigation matters and actively coordinates with local, state and federal government agencies as well as insurance related fraud departments.  Maureen’s team works to decipher various details of claims pursued against her clients and limits many of the claims presented due to the results of investigation.

Maureen has represented clients in counties throughout Pennsylvania, including Philadelphia and the surrounding counties, as well as Lehigh, Dauphin, Cumberland, Monroe and Allegheny counties.  In addition, Ms. Daley has served as National Coordinating Counsel in products liability litigation and provides representation in various states, including Delaware, New Jersey, New York and West Virginia.

Ms. Daley has lectured on behalf of Pennsylvania Bar Institute in a series titled “Arbitration Practices” and has been engaged to present a class entitled “Legal Methods”. At the request of clients, Maureen provides presentations on Products Liability, Workers’ Compensation Law, Federal Evidence Standards and Commercial Motor Vehicle Liability.

Ms. Daley served as Vice Chair of the Commercial Motor Vehicle Committee on behalf of the American Bar Association (ABA). In addition, she is Vice Chair of the Products and General Litigation Committee of the ABA and is a member of the Defense Research Institute, Philadelphia Bar Association and the Joint Claims Associations for the Greater Philadelphia Area.  Ms. Daley serves on the Alzheimer’s Advocacy Committee for National Alzheimer’s Association and is a contributing member of Volunteers for the Indigent Program (VIP).