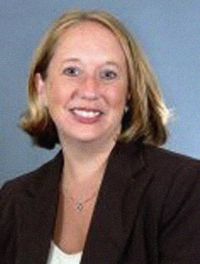 Mary Ann has second chaired several catastrophic loss cases and assisted in the defense of numerous other jury trials.  She handles all aspects of the defense of cases.

Mary Ann obtained her law degree from Villanova University School of Law in 2000.  She earned her undergraduate degree from West Chester University of Pennsylvania.

Upon graduating from Villanova, she served a one-year clerkship with the Honorable Richard Klein in the Philadelphia Court of Common Pleas.  Prior to joining Rawle & Henderson, she worked at a litigation firm as an associate handling all aspects of defending medical malpractice cases.  Mary Ann has also served as a neutral arbitrator with the Philadelphia Court of Common Pleas.

Medical malpractice, wrongful death (Philadelphia County, PA) – A 51-year-old woman died from alleged complications of a kidney stone removal procedure.  After an eight day trial in which the defense team effectively used demonstrative technology, including an animated recreation of the actual surgical kidney stone removal, a Philadelphia jury returned a verdict in favor of the defendants.

Dram shop, automobile accident, quadriplegia (Philadelphia County, PA) – Passenger was rendered quadriplegic when the car driven by her ex-husband left the roadway and struck a tree at a high rate of speed.  She filed a negligence and dram shop action against the restaurant where they had dinner and drinks earlier in the evening.  Plaintiff’s demand was for the policy limits of $12 million.  Shortly after jury selection, the case settled for $4.3 million.

Sovereign immunity, independent contractor liability, impalement, amputation (Philadelphia County, PA) – Legally blind plaintiff was impaled through the leg by a tree branch when a tree collapsed on the paratransit bus in which she was riding.  Plaintiff had to have her leg amputated as result of her injuries.  Plaintiff claimed that the tree which caused the accident collapsed because our client, the engineering firm hired to inspect and designate diseased and dead trees for removal, had been negligent in the performance of its duties.  Plaintiff’s demand was $18 million.  The case settled for $5,040,000.00.