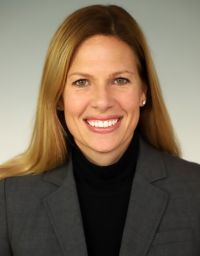 Lauren C. Fantini is an associate in the Philadelphia office of Rawle & Henderson LLP. She has nearly 15 years of experience as a litigation and trial attorney. She focuses her law practice in the areas of catastrophic loss, casualty, premises liability, construction, product liability and medical professional liability.

Lauren earned her J.D. from the Pennsylvania State University Dickinson School of Law in May 2004. She served as a Miller Center Public Interest Advocate and was on the Trial Moot Court Board. While attending law school, she served as a certified legal intern for the Dauphin County District Attorney’s Office in Harrisburg, Pennsylvania. She also served as a summer intern for Montgomery County Legal Aid in Norristown, Pennsylvania.

She earned her B.A. in Criminal Justice with a minor in Legal Studies from the University of Delaware in May 2001. She was on the Dean’s List and was a member of the National Honor Society in Sociology (Alpha Kappa Delta).

She is admitted to practice in Pennsylvania and New Jersey.

Pennsylvania State University Dickinson School of Law, J.D., May 2004
University of Delaware, B.A. in Criminal Justice with a minor in Legal Studies, May 2001