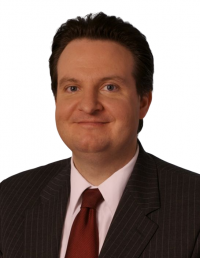 Joseph A. Gorman continues to concentrate his practice on the defense of catastrophic loss matters involving personal injury and economic damages.  His practice frequently involves the defense of insured and self-insured local, national, and international companies facing potential exposure in the millions of dollars for injuries including death, traumatic brain injury, quadriplegia, paraplegia, loss of limb, property loss, and commercial damages.

This complex trial practice includes product liability, construction site liability, workplace safety, commercial premises liability, dram shop liability, electrical accidents, crane accidents, fires, explosions, medical malpractice, and general casualty disputes.  As a member of the Catastrophic Loss Group team, Joe is often involved in taking over and handling these high exposure, catastrophic cases on very short notice.
Joe was part of the team that represented Ride The Ducks International (RTDI) and Herschend Family Entertainment Corporation in connection with the personal injury and maritime litigation arising out of an allision of a tug driven barge and a tourist duck boat on the Delaware River on July 7, 2010.  The allision resulted in the deaths of two Hungarian students and numerous injury claims from other passengers onboard the amphibious vessel.

Joe received his undergraduate degree from Temple University and law degree from Widener University, where he was a member of the Widener Law Review.  Upon graduating law school, he served as a law clerk with the Honorable Laura M. LeWinn in Superior Court of New Jersey in Trenton, New Jersey.

Duck boat, maritime, admiralty, wrongful death (Philadelphia County, PA and United States District Court, the Eastern District of Pennsylvania) – Assisted in the defense of Ride The Ducks International (RTDI) and Herschend Family Entertainment Corporation (HFEC) in both personal injury and maritime/admiralty litigation.  The case arose out of the allision of a tug driven barge and a tourist duck boat on the Delaware River on July 7, 2010.  The allision resulted in the deaths of two Hungarian students, numerous injury claims from other passengers onboard the amphibious vessel.  Following an unsuccessful mediation, in a condensed court ordered case management schedule, the team conducted months of intense discovery which included more than 50 depositions, review of nearly half a million pages of documents, and consultation with more than a dozen expert witnesses and consultants.  Ultimately, the case favorably resolved for RTDI and HFEC during the third day of trial in the United States District Court for the Eastern District of Pennsylvania before the Honorable Thomas O’Neill.

Trash truck, products liability, wrongful death (Philadelphia County, PA) – Assisted in the defense of an international trash truck manufacturer in a jury trial where a 42-year-old man jumped off the back of an allegedly defective truck and sustained head injuries resulting in death.  Retained less than 90 days before trial with a demand of $7.5 million.  After an 8-day trial, a Philadelphia jury returned a defense verdict.

Explosion, phosphorous, hazardous materials, severe burns (Middlesex County, NJ) – Assisted in trial involving a 43-year-old man who was severely burned while unloading a railcar of phosphorus that spontaneously ignited.  Plaintiff alleged that he was injured due to his lack of training and inadequate personal protective equipment.  The trial team was retained shortly before the trial with a demand of $25 million.  On the 15th trial day, during plaintiff’s case in chief, plaintiff settled with the client for $4.4 million.

Construction, crane, wrongful death (Philadelphia County, PA) – Assisted in defense of heavy equipment rental company in a case involving a truck driver that was crushed to death when a crane operator dropped his cargo on the cab of the truck in which he was seated.  Plaintiff demanded $15 million and during jury selection in Philadelphia, the case settled for $2.25 million.