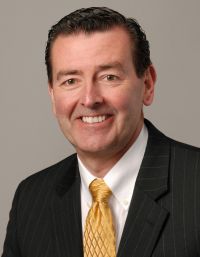 U.S. Court of Appeals for the Third Circuit, 1982
U.S. District Court for the Eastern District of Pennsylvania

Mr. McCarthy concentrates his practice in the areas of premises liability, construction litigation and motor vehicle litigation. He has authored on the topic of the Peculiar Risk Doctrine Exception to the Rule of an Owner’s Non-Liability in the context of personal injury construction related suits for the Pennsylvania Defense Institute. Mr. McCarthy serves as regional and local counsel for insured and self-insured clients including universities, colleges, general contractors, subcontractors, owners, convenience markets and hotels.

In 2016 he was elected to the National Association of Distinguished Counsel, an honor awarded to less than 1% of the defense counsel in the United States. He has been rated AV Preeminent by the Martindale-Hubbell Rating again in 2018, his 22nd consecutive year of achieving this rating, and was listed in the 2012 edition of Philadelphia’s Top Rated Lawyers.  He has repeatedly been recognized as a Pennsylvania Super Lawyer since the program’s inception in 2004.