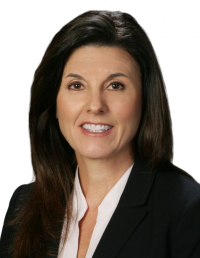 U.S. District Court for the District of Delaware, January 1997

Joelle Florax is a Partner with Rawle & Henderson and is located in our Delaware office. . She concentrates her practice in the area of environmental, mass and toxic torts, medical professional liability, casualty and premises liability, property damage, construction accidents and product liability claims.

Her experience includes serving as a Deputy Attorney General for the Delaware Department of Justice, where she successfully tried numerous cases prosecuting adult and juvenile felony and misdemeanor cases and assisting the police agencies in Delaware with all aspects of their investigations. Joelle also established an educational program for local police departments and educated officers regarding compliance with Delaware law.