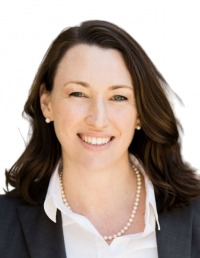 U.S. District Court for the Eastern District of Pennsylvania, 2013

U.S. District Court for the Eastern District of Virginia, 2007

U.S. Court of Appeals for the Fourth Circuit, 2011

U.S. Court of Appeals for the Federal Circuit, 2009

Ms. Martyn is a Proctor in Admiralty and co-leads the Firm’s Maritime Practice Group. Throughout her career as a maritime lawyer, Ms. Martyn has focused on resolving disputes on behalf of shipowners and operators and their insurers in vessel, cargo, and environmental casualty cases, commercial matters, and personal injury and death claims brought under the Jones Act, section 905(b) of the LHWCA, and the general maritime law. She has broad experience with matters of admiralty jurisdiction and procedure, including vessel arrests and attachments, limitation actions, apportionment of damages, maritime government contractor liability, and litigation against the U.S. government in admiralty.

Ms. Martyn has represented shipowners and operators and their financial institutions in commercial negotiations and vessel acquisition and chartering matters.

Ms. Martyn is Vice Chair of the Maritime Law Association’s (MLA) International Organizations, Conventions and Standards Committee and a member of the MLA Proctor Admissions Committee. From 2015-16, Ms. Martyn served as Chair of the Admiralty and Maritime Law Committee (AMLC) of the American Bar Association’s Torts Trial and Insurance Practice Section (TIPS) and has chaired and moderated a number of AMLC programs and conferences and contributed to AMLC and TIPS publications.  She has participated as a member of the Southeastern Admiralty Law Institute (SEALI) since 2009 and was a featured presenter at SEALI’s 2018 Annual Meeting. She is a founding member of the Delaware River and Bay Chapter of the Women’s International Shipping and Trading Association and served on WISTA’s 2019 Annual General Meeting and Conference Planning Committee. She has served as a Brief Judge for the Judge John R. Brown Admiralty Moot Court Competition since 2013. In 2016, Ms. Martyn Co-Chaired the American Conference Institute’s Annual Forum on Admiralty and Maritime Claims and Litigation and participated as a conference panelist.

Ms. Martyn graduated from The Catholic University of America in 2002 with a major in Philosophy and from Catholic University’s Columbus School of Law in 2007, where she was President of the Military and National Security Law Student Association and a Staff Writer for the National Security Law Report. During law school, she clerked with the U.S. Department of Justice Criminal Division, U.S. Department of State Bureau of Educational and Cultural Affairs, and U.S. Air Force Judge Advocate.

Ms. Martyn is designated a Top Rated Transportation and Maritime Attorney by Super Lawyers. She has been selected to Pennsylvania Super Lawyers in 2020 and 2021, to Virginia Super Lawyers in 2013 and to Virginia Rising Stars in 2012. In 2011, Virginia Business Magazine named Ms. Martyn a Legal Elite Under 40. In 2011, Hampton Roads Inside Business Magazine named her a Top 40 Under 40. In 2004, she was awarded the Congressional Award Gold Medal by the United States Congress.

The Catholic University of America, Columbus School of Law (J.D. 2007)

Maritime Exchange for the Delaware River and Bay