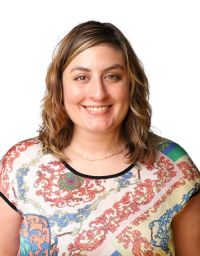 U.S. District Court for the Eastern District of New York

U.S. District Court for the Southern District of New York

Jessica S. Braunstein is an associate in Rawle & Henderson LLP’s New York City and Long Island offices.  She concentrates her practice in the area of workers’ compensation litigation.

Ms. Braunstein earned her J.D. from New York Law School in 2015.  While at New York Law School, she was on the Dean’s List – High Honors for four semesters and Dean’s List for one semester, and she received a Legacy Scholarship.  In addition, she served as a Junior Staff Editor for the New York Law School Law Review, the President of the American Constitution Society, the Secretary for the Federalist Society, an Affiliate of the Impact Center for Public Interest Law, and a Mentor in the Street Law Program.  Additionally, Ms. Braunstein served as a Judicial Intern for the Honorable Matthew A. Sciarrino, Jr., and she served as a Research Assistant to Nadine Strossen, former President of the ACLU.  She received a B.A. in English from the State University of New York at Albany in 2012.

After attending law school, Ms. Braunstein served as a Legal Fellow for the Center for New York City Law, an OATH Hearing Representative for the New York City Department of Buildings. Prior to joining Rawle, she practiced workers’ compensation litigation at a Long Island, NY based law firm.

Ms. Braunstein is admitted to practice in New York and New Jersey, as well as the U.S. District Courts for the Eastern and Southern Districts of New York.