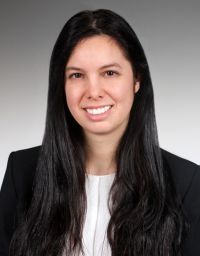 Jennifer F. Schwartz is an associate in the Philadelphia office of Rawle & Henderson LLP.  She concentrates her practice in the area of workers’ compensation litigation.

Ms. Schwartz earned her J.D. from Temple University Beasley School of Law in 2013.  While at Temple, she was on the Dean’s List for four semesters and received a Law Faculty Scholarship.  In addition, she served as an intern with Public Health Management Corporation and Philadelphia Municipal Court.  She received a B.A. in Political Science and Sociology from the Pennsylvania State University in 2010.

After attending law school, Ms. Schwartz served as a Judicial Fellow to the Honorable Patricia A. McInerney in the First Judicial District Court of Common Pleas, Commerce Division, from October 2013 through March 2014.

Ms. Schwartz is admitted to practice in Pennsylvania and New Jersey, as well as the U.S. District Courts for the Eastern and Middle Districts of Pennsylvania, and the Federal District of New Jersey.