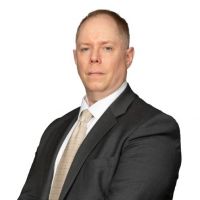 Before joining Rawle & Henderson, LLP, Mr. Layne served as an Associate at a small insurance defense firm in Philadelphia where, he handled both compulsory and non-judicial arbitrations and jury cases from intake and pleadings through their conclusion. Mr. Layne also spent substantial time as an Associate at a large insurance defense firm in Philadelphia, where he worked in the firm’s Casualty Department and represented clients in property damage, aviation and consumer law matters and participated in the defense of several cases that were dismissed by dispositive motions.

Mr. Layne is an accomplished writer who has published a number of professional law articles, which include an article titled, “Careful Drafting: The Difference Between Success and Failure in Contractual Indemnification Claims,” which was published in 2006 in the Defense Digest. He was also recognized for his excellent work while serving as a research assistant for the 2004 Supplement to Pennsylvania Consumer Law.