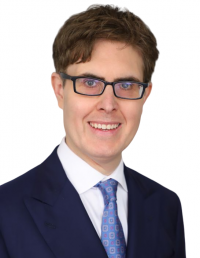 U.S. District Court for the Western District of Pennsylvania

J. Brendan O’Brien is a partner in the Philadelphia office of Rawle & Henderson LLP. He concentrates his law practice on the defense of employers and insurers in workers’ compensation matters. Brendan has over 22 years of experience in litigation before workers’ compensation judges, the Workers’ Compensation Appeal Board, and the Pennsylvania Appellate Courts. He has successfully defended clients in multiple cases of first impression before the Commonwealth and Supreme Courts of Pennsylvania, including the landmark Larry Harvey Pennsylvania Supreme Court Decision on pension benefit offsets.

Brendan earned his J.D. from the University of Pittsburgh School of Law in 1997 and B.S. degrees in Political Science and Business from Duquesne University in 1994. He is admitted to practice in Pennsylvania and the U.S. District Court for the Western District of Pennsylvania. He is a member of the Pennsylvania Bar Association, the Philadelphia Bar Association, and the American Inn of Court―Judge Alexander F. Barbieri Workers’ Compensation Chapter.

Prior to joining the Firm, Brendan was the Managing Partner for the Philadelphia office of a law firm primarily focused on insurance defense. He has also worked for the Commonwealth, Superior and Supreme Courts of Pennsylvania, the Office of the District Attorney in Allegheny County and the Allegheny County Law Department.