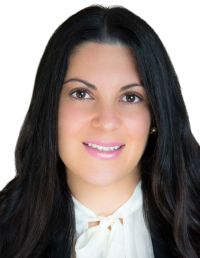 Iolanda D’Ambrosi-Francavilla is Of Counsel to the Firm in the Downtown Manhattan office of Rawle & Henderson LLP.  She concentrates her practice in the area of medical professional liability.

Iolanda earned her J.D. from New York Law School in 2009. While she attended law school, she served as Executive Editor of the Media Law and Policy Journal.  She was President of the Italian Law Student Association and speaks fluent Italian. Iolanda was also a member of the Media, Entertainment and Sports Law Association. She served as a judicial intern for the Honorable Anthony I. Giacobbe in the Supreme Court of Richmond County, Staten Island, New York, from September 2009–January 2010.

Iolanda is admitted to practice in New York State (2010).