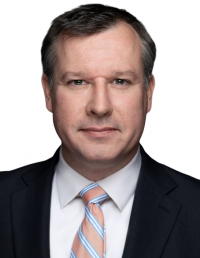 Grant H. Hackley is Of Counsel in the Pittsburgh office of Rawle & Henderson, LLP. He concentrates his law practice in the areas of insurance coverage, construction, casualty & premises liability, product liability and environmental, toxic and mass torts.

Mr. Hackley earned his J.D. from the University of Pittsburgh in 2007. He served as the Law Review Editor-in-Chief and was a Student Bar Association Representative. In addition, he won a Student Leadership Award. He was also awarded the Dean’s Scholarship and the Arthur J. Murphy, Jr., Endowed Scholarship. He served as a Judicial Intern for the Honorable Ralph J. Cappy, Chief Justice of the Pennsylvania Supreme Court. In addition, he served a clerkship for the Honorable Bernard L. McGinley in the Commonwealth Court of Pennsylvania.

Mr. Hackley earned a B.S. degree in Physiology & Neurobiology from the University of Maryland, College Park, in 2000.

Mr. Hackley was honored as a Legal Trailblazer by The Legal Intelligencer in 2020, and was selected as a Pennsylvania Rising Star by Super Lawyers in 2016 and 2017. He has participated in the Allegheny County Bar Association Young Lawyers Division Bar Leadership Initiative. Grant is an Editor for Litigation News, a publication of Litigation Section of the American Bar Association. In 2020, Grant was also selected as the Pittsburgh Chapter Coordinator of Medals4Mettle, a charitable organization that accepts earned finishers’ medals from endurance events and donates them to children and adults facing chronic or terminal medical conditions.

Prior to joining Rawle & Henderson, LLP, Mr. Hackley was an attorney in the Pittsburgh office of a litigation and business transactions law firm.