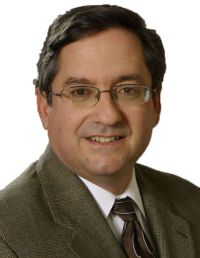 Gary N. Stewart is a partner in the Commercial Motor Vehicle Section in the Harrisburg, Philadelphia, and Pittsburgh offices of Rawle & Henderson, LLP. He focuses his practice on the defense of the trucking industry, specifically commercial motor vehicles and the companies that insure them, and is privileged to represent most of the motor carriers and their drivers seen on our highways. He is admitted to practice in the State and Federal Courts of Pennsylvania, New Jersey, Massachusetts, Vermont and Rhode Island, and has been admitted pro hac vice in other jurisdictions throughout the Mid-Atlantic region.

Gary and his team of experienced attorneys and paralegals are routinely retained immediately following accidents involving motor carriers to perform “immediate responses,” to preserve evidence and to assist in the handling of the case from the day it occurred through trial.

Before becoming a lawyer, he served in the U.S. Merchant Marine and obtained U.S. Coast Guard professional licenses as Master of Oceans, Steam or Motor Vessels up to 1600 gross tons as well as Chief Officer, unlimited tonnage, all oceans.

Gary served as the law clerk for the Honorable Rochelle Friedman, Commonwealth Court of Pennsylvania in Harrisburg, and has been selected by his peers as a Transportation/Maritime Pennsylvania Super Lawyer in 2007, 2009–2012 and 2016-2019. It is an honor reserved for the top 5% of all Pennsylvania lawyers.

Gary is a member of the Firm’s Executive Committee.