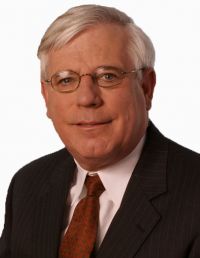 Mr. Buck worked full time at a Philadelphia litigation firm during much of his time in law school.  His responsibilities included the preparation of pretrial submissions such as motions in limine, points for charge and trial briefs, and the preparation of witnesses for trial testimony.  In addition to full-time employment and his studies, Mr. Buck was a member of Temple Law School’s team in the National Moot Court Competition. Following graduation from law school, Mr. Buck served a two-year clerkship with the Honorable J. William Ditter, Jr., of the United States District Court for the Eastern District of Pennsylvania.

Mr. Buck has maintained an active trial and appellate practice since leaving his clerkship.  He has tried many jury and nonjury cases in the Courts of Common Pleas of Philadelphia, Berks, Bucks, Cumberland, Delaware, Lackawanna, Lehigh, Monroe, Montgomery, Pike and York Counties as well as in the United States District Courts for the Eastern and Middle Districts of Pennsylvania.  He has argued appeals in the Pennsylvania Appellate Courts and in the United States Court of Appeals for the Third Circuit.

In 2011, Mr. Buck was inducted as a Fellow of the American College of Trial Lawyers, one of the most prestigious legal associations in America.  In September 2018, he was named Chair of the Federal Civil Procedure Committee of the American College of Trial Lawyers. The American College of Trial Lawyers is composed of the best of the trial bar from the United States and Canada.  Fellowship in the College is extended by invitation only and only after careful investigation, to experienced trial lawyers who have mastered the art of trial advocacy and whose professional careers have been marked by the highest standards of ethical conduct, professionalism, civility and collegiality.  Lawyers must have a minimum of fifteen years of trial experience before they can be considered for fellowship. Membership in the College cannot exceed 1% of the total lawyer population in any state or province.

Mr. Buck has taught as an adjunct professor of law at the Villanova University School of Law.

Mr. Buck was named a 2019 Pennsylvania Super Lawyer by Super Lawyers, a service of Thomson Reuters.