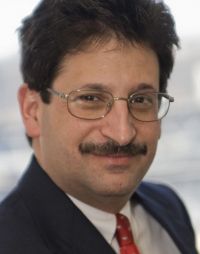 Since 1988, Eric K. Falk has concentrated his practice in the area of toxic tort litigation, defending both Fortune 500 companies and regional businesses against allegations of various diseases due to exposures to asbestos, silica, coal tar pitch volatiles, and a variety of chemicals and solvents, including benzene, toluene, xylene, coal tar pitch, isocyanates and various other aromatic and chlorinated hydrocarbons.

Eric is a Vice Chair of the ABA Toxic Tort and Environmental Law Committee. He is a past chair of the DRI Industrywide Litigation Committee and a past newsletter editor for the DRI Toxic Tort Committee. He has been a speaker/presenter at various DRI and ABA Asbestos and Toxic Tort seminars. He has also authored or co-authored the following articles:

“The Epidemiology of Non-Hodgkin’s Lymphoma,” which appeared in the November 2008 issue of For the Defense, the publication of DRI,

“A Short Explanation of Retrospective Exposure Assessment and Its Use in Toxic Tort Litigation,” which appeared in the Winter 2009 issue of the ABA Toxic Tort Committee Newsletter,

“Developing Strategy in Mass Tort Litigation,” co-authored with A. Michael Pratt, which appeared in the September 2003 issue of For the Defense.

He received his J.D. in 1984 from the University of Pittsburgh School of Law and his B.S. with Honors in 1981 from the American University in Washington, D.C.

Eric is also an avid photographer, particularly in the areas of street photography, street portraits, urban architecture and cityscapes. He has his own webpage. Eric was featured in the January 22, 2016 issue of the Legal Journal of the Allegheny County Bar Association in an article about his photography and his work as an attorney. His photographs have been displayed in exhibitions in Pittsburgh, including a 3-month-long exhibition in the lobby of the United States District Court House for the Western District of Pennsylvania.