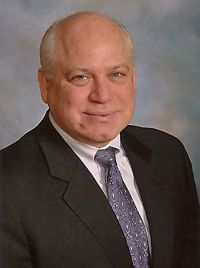 Dennis J. Valenza is Of Counsel in Rawle & Henderson’s Philadelphia office. He concentrates his practice in the area of mass tort litigation. He has handled a variety of complex litigation matters, including asbestos, product liability, toxic tort, insurance coverage and workplace violence cases in state and federal courts in jurisdictions throughout the country. He has represented defendants in asbestos property damage and personal injury cases for over 25 years, and has tried cases in jurisdictions throughout the country.  He has served as national counsel for defendants with asbestos cases, and in that capacity supervised all aspects of the defense effort.

He received his J.D. from Temple University School of Law in 1981 and B.A. from Binghamton University in 1975. He was previously with Morgan, Lewis & Bockius LLP. Mr. Valenza served as a law clerk for Judge Paul Chalfin of the Court of Common Pleas of the County of Philadelphia.

Mr. Valenza is admitted to practice in Pennsylvania and New Jersey. He is a member of the Pennsylvania, New Jersey, and Philadelphia Bar Associations.