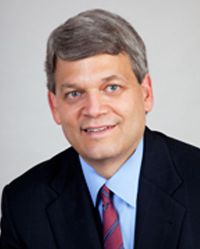 U.S. District Courts for the Eastern and Middle Districts of Pennsylvania and the District of New Jersey
Admitted to perform appellate work in Third Circuit Court of Appeals and U.S. Supreme Court

David Ira Rosenbaum is a partner to the law firm of Rawle & Henderson LLP in the Philadelphia office and the Chair of its Commercial Litigation and Commercial Transactions Departments. In addition to his extensive litigation and transactional experience, Mr. Rosenbaum also has an active Product Liability practice. He holds appointments as an Adjunct Professor of Product Liability Law at Temple University’s School of Law, as a Judge Pro Tem in the Court of Common Pleas of Philadelphia County and is a member of the prestigious Product Liability Advisory Council.

Mr. Rosenbaum also serves as General Counsel to Rawle & Henderson LLP. As the chief, in-house legal adviser, he represents the Firm in business disputes, litigation and transactional matters. He was selected to be the firm’s first General Counsel because of his expertise and success in representing business clients and other law firms in litigation and transactional matters.

Mr. Rosenbaum serves as national counsel to an agricultural finance company involved in domestic and international real estate and factoring transactions. In that capacity, he hires and supervises local counsel and assists in developing litigation and risk avoidance strategies.

Throughout his career, Mr. Rosenbaum has vigorously defended manufacturers in a wide variety of product liability lawsuits including those brought by:

Mr. Rosenbaum has also represented several corporate clients involved in managing nationwide product recalls and in formulating product warnings and instructions and in taking other steps to minimize the risk of product related injuries and lawsuits.

He was named a 2012 Pennsylvania Super Lawyer by Law & Politics. He has been rated AV Preeminent by Martindale-Hubbell in 2017 for the 17th consecutive year.  He was listed in the 2015 edition of Philadelphia’s Top Rated Lawyers. Mr. Rosenbaum has been rated a 2016 Top Business Attorney by Philly Biz Magazine.

He is the author of an award winning article on “The Top Ten Mistakes When Drafting and Negotiating Contracts.”

Mr. Rosenbaum is the current President of the Neighborhood Club of Bala Cynwyd and the Chair of its Zoning Subcommittee.  He also serves on the Board of Directors of the Philadelphia Boys Choir and Chorale and is the Alumni Admissions Chair for Vassar College.

A native of Brookline, Massachusetts, David Rosenbaum resides with his wife and children in Lower Merion Township, Pennsylvania.

What our transactional clients say about us….

“If you are in-house legal counsel and need outside expertise on a complex commercial transaction, litigation or product liability issue, and you need a quick-turnaround for your business team, then I strongly recommend that you reach out to David Rosenbaum. Over the past 10 years as GE’s in-house counsel, I have reached out to David for support on a wide variety of commercial matters. He has gained a reputation as a trusted advisor for our business – he is insightful, responsive and finds creative solutions. During difficult contract negotiations, his calm demeanor and sense of humor helped us reach the finish line. For example, David was critical to GE’s successful closure of a number of asset purchase agreements and the negotiation of many other key transactions. His strategic advice led to favorable settlements of commercial litigation, and also helped us reach early resolution of contract disputes to mitigate costs.”
—Jeanne Cook, Senior Counsel, GE Water – North America, The General Electric Company

What our litigation clients say about us….

“David is a tenacious lawyer who will get results. He is very knowledgeable, creative, and energetic and will undoubtedly look out for the client’s best interest.”
—David Cordero, Vice President and General Counsel at Maserati North America, Inc.

“As co-counsel in a federal case involving an out-of-state client, David made himself available for consultation and the completion of time-sensitive work at all hours of the day and every day of the week. His work was excellent and his counsel consistently thoughtful, concise, rational, efficient and effective. Our client benefitted greatly from David’s subtle thinking, measured aggressiveness, and manifest common sense.”
—Robert J. Kahn, Esq., Walnut Creek, California

“I have turned to Dave on litigation matters for over 15 years and count on him for his ability to quickly understand and assess disputes and look for creative solutions leveraging my client’s position for the maximum benefit. When I have the need I know that he is a dependable asset and I have no hesitation in introducing him to my clients. Plus, he’s a pleasure to work with.”
—Marc L. Frohman, Esq., Frohman & Associates, LLC

“I had the pleasure of working with David on two litigation matters when I was General Counsel for the client. His work was exemplary in every detail. He was very good at keeping me informed of the status of the cases. David is undoubtedly the best outside counsel I have ever utilized. I recommend him without hesitation.”
—William K. Walker, Esq., Walker Reausaw