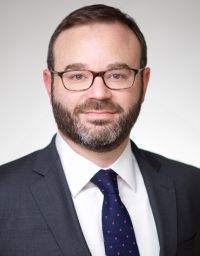 Craig has served as National and Local Counsel to several Fortune 500 companies regarding asbestos and other toxic tort liability. He has handled all aspects of the defense of these claims from discovery through trial. Craig has counseled and defended insurers regarding pollution, health hazard and asbestos-related matters. He has negotiated coverage-in-place-agreements, policy commutations and structured settlements and has defended clients in coverage litigation.

Craig earned his J.D. from Fordham University School of Law in 2001 and his B.A. from Brandeis University in 1998. He was selected as a New York Rising Star by Super Lawyers in 2013, 2014, 2015 and 2016. He is admitted to practice in the State of New York, and also the U.S. District Court for the Southern District of New York and the U.S. District Court for the Eastern District of New York. He is a member of the American Bar Association and New York County Lawyers Association.

Prior to joining Rawle & Henderson LLP, Craig was a partner with an international insurance litigation firm based in Manhattan.