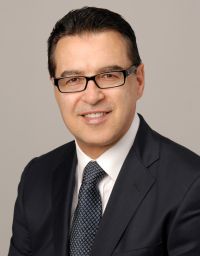 U.S. Court of Appeals for the Third Circuit
U.S. District Court for the Western District of Pennsylvania
Supreme Court of the State of New York

Mr. DiPaolo majored in Political Science and Accounting at Duquesne University.  He earned his J.D. degree from Delaware Law School.  He also studied Art History in Rome, Italy and received an Italian Language degree from the Italian Ministry of Foreign Affairs. Mr. DiPaolo’s legal career began with an appointment to the Pennsylvania Department of Labor and Industry, where he drafted hundreds of administrative law decisions involving workers’ compensation matters and assisted in the editing of Pennsylvania Workers’ Compensation: Law and Practice. Prior to joining Rawle & Henderson, he was Of Counsel with a global employment law firm.

Mr. DiPaolo is admitted to practice in the states of Pennsylvania and New York, as well as the U.S. District Court for the Western District of Pennsylvania, the U.S. Court of Appeals for the Third Circuit, and the State of New York Supreme Court, Appellate Division, Third Judicial Department.

Co-Author, The Retroactive Effect of Protz: Reinstatement Petitions on Benefits Modified by Independent Rating Evaluations Must Be Filed Within Three Years of the Last Payment of Compensation, Workers’ Compensation News, June 2018