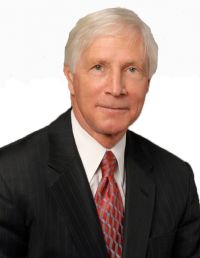 Carl D. Buchholz, III is a partner specializing in several areas of practice.  He is an active trial and appellate attorney.

In addition, Mr. Buchholz is Co-Chair of the Firm’s Maritime Department, practicing maritime law since 1970. He has defended ship owners and terminal operators in a variety of matters, including personal injury and cargo damage claims, hull and pier damage, and Immigration and Coast Guard proceedings.   He also regularly represents and advises banks on issues related to restraints of wire transfers and funds pursuant to writs of maritime attachment.

Mr. Buchholz has been rated an AV Preeminent Attorney by Martindale-Hubbell as well as a Pennsylvania Super Lawyer by Super Lawyers from 2004-2023.