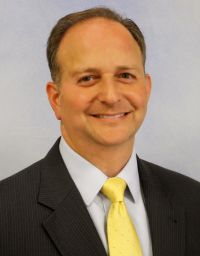 Brett A. Wolfson, rated AV Preeminent by Martindale-Hubbell, has been with the firm since 2003 and has tried cases sitting first chair and has sat second chair to Jack Snyder throughout Pennsylvania and New Jersey in both state and federal courts.  Brett was born and raised in Philadelphia and specializes in catastrophic injury and death cases involving products, commercial motor vehicle, medical malpractice, construction/industrial/workplace, Dram Shop and premises liability. Damages and settlement demands are frequently in the millions and tens-of-millions range. Brett is part of a specialized group sometimes retained late in litigation after discovery has ended and trial is starting within months or weeks.

Brett periodically serves as a Judge Pro Tem for the Dispute Resolution Center of the Philadelphia Court of Common Pleas. Prior to private practice, Brett served under two Philadelphia Court of Common Pleas Judges, as a law clerk to Judge Joseph D. O’Keefe while he was Supervising Judge of the Complex Litigation Center and Judge Sandra Mazer Moss while she was a Team Leader for the Day Backward major jury program.  During undergraduate, Brett completed an internship for the Chester County Public Defender’s office and during law school Brett completed an externship for the U.S. Attorney’s office for the Eastern District of Pennsylvania, Civil Division.

Brett’s charitable activities include representing minors pro bono for the Philadelphia Support Center for Child Advocates and is Chair of Rawle & Henderson’s Child Advocacy Practice Group.  Brett also serves on the New Jersey Government Relations Advisory Committee for the National MS Society and his efforts have contributed to almost $100,000 in fund raising for the Nation MS Society since 2006 when his cousin was diagnosed with MS.

Products Liability, fractured leg, surgery, (Lehigh County, Pennsylvania, 2017) – Defense verdict in favor of a manufacturer of power wheelchairs. After 5 days of trial, the jury returned its verdict after just over 30 minutes of deliberations. It was alleged that a broken bolt discovered on the power wheelchair caused plaintiff, a disabled 70 year old man, to be ejected several feet causing a fractured leg requiring surgery and permanent placement of hardware in his leg.

Premises Liability, 100 stitches to facial laceration, torn lip, permanent scar (Philadelphia County, Pennsylvania, 2015) – A jury found 45% comparative negligence against a plaintiff following a nearly one week trial in which plaintiff alleged an unguarded step cause him to fall at his gym, landing face first onto an exercise bike. Retained 6 weeks before trial, Brett did not call any defense experts resting on his cross-examination of plaintiff and plaintiff’s architecture and human factors experts. Prior to trial, plaintiff rejected a settlement offer of $150,000.  The jury verdict of $80,000 was reduced to $44,000 after the 45% reduction for comparative negligence.

Medical Malpractice, wrongful death (Philadelphia County, Pennsylvania, 2011) – Dismissal of pulmonologist shortly before trial where it was alleged he was negligent and responsible for a five-year delay in diagnosis of lung cancer.  It was alleged that the delay caused the cancer to metastasize.

Medical Malpractice, delay in diagnosis of lung cancer (Philadelphia County, Pennsylvania, 2009) – Dismissal of a cardiologist shortly before jury selection where it was alleged that he negligently failed to refer plaintiff for follow-up after a chest x-ray from a cardiac exam revealed a spot in his lung.  The doctor’s chart in fact documented that he had advised plaintiff and plaintiff’s primary physician.

Industrial Accident, more than 50% body surface 2nd and 3rd degree burns (Middlesex County, New Jersey, 2009) – Fifteen trial days sitting second chair defending chemical plant in which a 43-year-old man suffered third degree burns to over 50% of his body, necessitating numerous past and future skin graft surgeries, when raw phosphorus ignited.  Despite a pre-trial demand of $25 million and a $1.8 million workers’ compensation lien, the case settled for $4.4 million after Brett examined a co-worker with photographs demonstrating the presence of personal protective equipment plaintiff should have been wearing.

Motor Vehicle Accident, permanent brain and bodily injured and wrongful death (Philadelphia County, Pennsylvania, 2008) – Order granting judgment on the pleadings in favor of owners of a Philadelphia hoagie shop that sold malt liquors. A worker was fired after arriving at work drunk and was instructed to leave the premises. While driving home he struck two young girls playing in the street, killing one and leaving the other permanently in a wheel chair. Plaintiff obtained a default judgment in the amount of $13.5 million against the uninsured driver (imprisoned for vehicular homicide) for which the owners could have been responsible to pay had they been found liable. Brett also argued in front of the Pennsylvania Superior Court in opposition to the plaintiff’s appeal where the dismissal was affirmed.

Medical Malpractice, delay in diagnosis of bladder cancer in a child (Delaware County, Media, Pennsylvania, 2006) – One week trial resulting in dismissal of pediatrician alleged to be responsible for a delay in diagnosis of a cancer (rhabdomyosarcoma) of the bladder in a five-year-old girl. She was complaining of difficulty urinating when her mother contacted the doctor’s office stating “I think my daughter has cancer.” Treatment involved bladder removal and radiation which may prevent her from bearing children.  The defense proved that the alleged delay did not change her treatment.

Pharmacist liability, child born with birth defects from medication (Philadelphia County, Pennsylvania, 2006) – Defense verdict sitting second chair following 2½ week trial representing a pharmacy against allegations a prescription negligently filled that was contraindicated for pregnancy caused brain damage and severe birth defects of an infant.  Plaintiff’s economist alleged $92 million in past, present and future medical and economic damages. This case was transferred to Rawle & Henderson from another defense firm six weeks before the start of trial.

Industrial accident, amputation of arm and leg (U.S. District Court, Eastern District of Pennsylvania, Philadelphia, 2004) – Defense verdict sitting second chair 46-year-old man who lost his left arm and right leg when his arm was crushed between two industrial rollers in a paper mill. The plaintiff’s demand was $15 million and after three weeks of trial the jury returned a defense verdict.