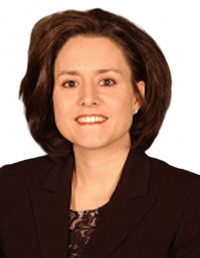 On the civil litigation side, Ms. Heim has defended physicians, hospitals, nursing entities, and other medical personnel in medical malpractice lawsuits, and medical device manufacturers/distributors in product liability lawsuits involving such products as pacemaker leads and heart catheters. She has also represented hotels/motels, grocery stores, convenience stores, trucking companies, and maintenance/housekeeping contractors in premises liability, motor vehicle, and other personal injury cases. Ms. Heim is also a member of the firm’s Appellate Department and has worked on appeals for several other departments at the firm.

Ms. Heim graduated from Penn State University in 1990 with a degree in Business Logistics and an emphasis in Economics. Prior to attending law school, she worked for a computer software company specializing in software for home nursing agencies and physicians’ offices. In 1995, Ms. Heim graduated from the University of Pittsburgh School of Law and began her practice of law at Rawle & Henderson. She is a member of the Pennsylvania and Blair County Bar Associations and the Jeremiah S. Black American Inn of Court.

Ms. Heim is admitted to practice in Pennsylvania, as well as the U.S. District Courts for the Eastern and Western Districts of Pennsylvania and the U.S. Court of Appeals for the Third Circuit.