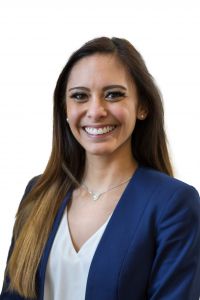 Alyssa is admitted to practice before all New York state courts

Alyssa R. Matott is an associate in the Manhattan office of Rawle & Henderson LLP. She concentrates her practice in the area of dental, medical, and long term care professional liability, premises liability and product liability.

Ms. Matott earned her Juris Doctor at Albany School of Law. While at Albany, she was a recipient of several honors including the Capital District Trial Lawyers Association Prize and was inducted into the National Order of the Barristers. Ms. Matott was also awarded a Founder’s Academic Scholarship, the Albany Law School Excellence in Student Scholarship, and the Albany Law School Platinum Public Service Award. She was an associate editor for the Albany Law Review, Executive Director of the Moot Court program, and the Executive Vice President of the Student Bar Association. In addition, she has written articles for the Albany Government Law Review and the Delaware Lawyer. Ms. Matott clerked for the Honorable William E. McCarthy of the Appellate Division, Third Department. During law school, Ms. Matott was an intern with the Health Law Clinic associated with Albany Law Justice Center.

After graduation, Ms. Matott was employed by a New York City law firm where she practiced in the field of medical malpractice. Prior to joining Rawle, Ms. Matott worked as a family law attorney at a renowned non-profit organization in New York City.